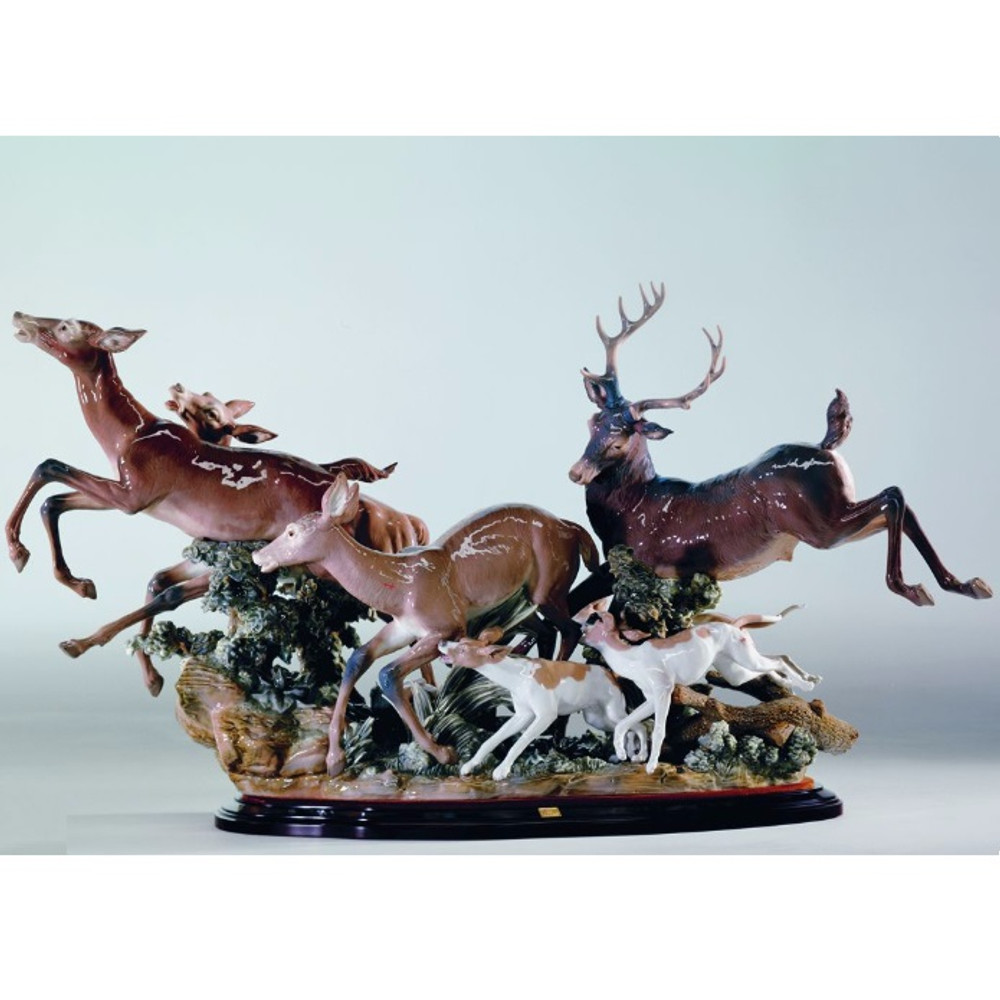 This imposing Pursued Deer Porcelain Figurine by Lladro is an exceptional museum quality masterpiece. Hand crafted in fine Spanish porcelain and hand painted by the skilled artisans at Lladro, this magnificent sculpture is an awe-inspiring tribute to nature created by sculptor Salvador Furió.

First issued in 1978, "Pursued Deer" was donated by Lladró to the Bellevue Museum in Brussels in 1987 and became a permanent exhibit at this renowned institution. In late 1995 the figurine was transferred to the Belgian Fiftieth Anniversary Museum. Since 1994, this figurine has also been exhibited at the Museum of Modern Art of Santo Domingo in the Dominican Republic.

View ALL of our DEER GIFTS & DEER PRODUCTS