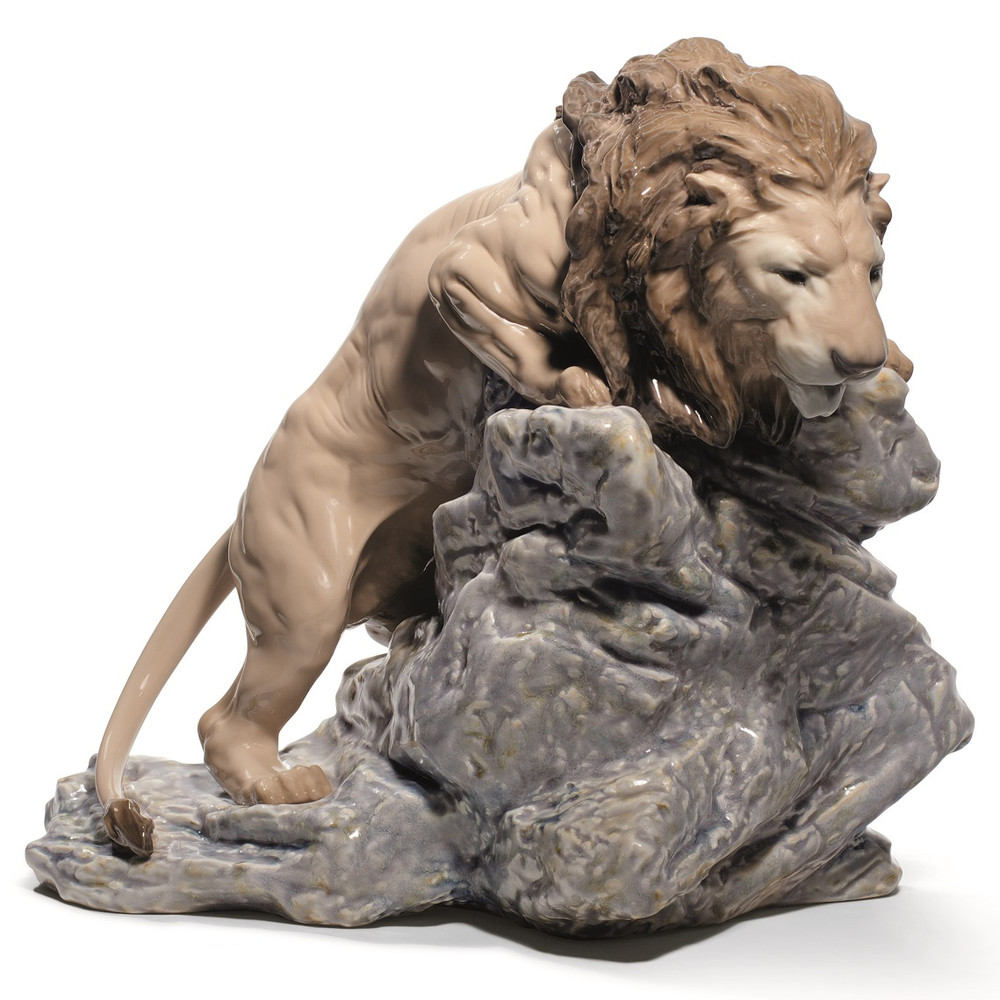 Created by sculptor Ernest Massuet and world renowned Lladro of Spain, this Lion Pouncing Porcelain Figurine captures the powerful King of the Jungle posed on a rock about to capture his prey.

View ALL of our LION GIFTS & LION PRODUCTS