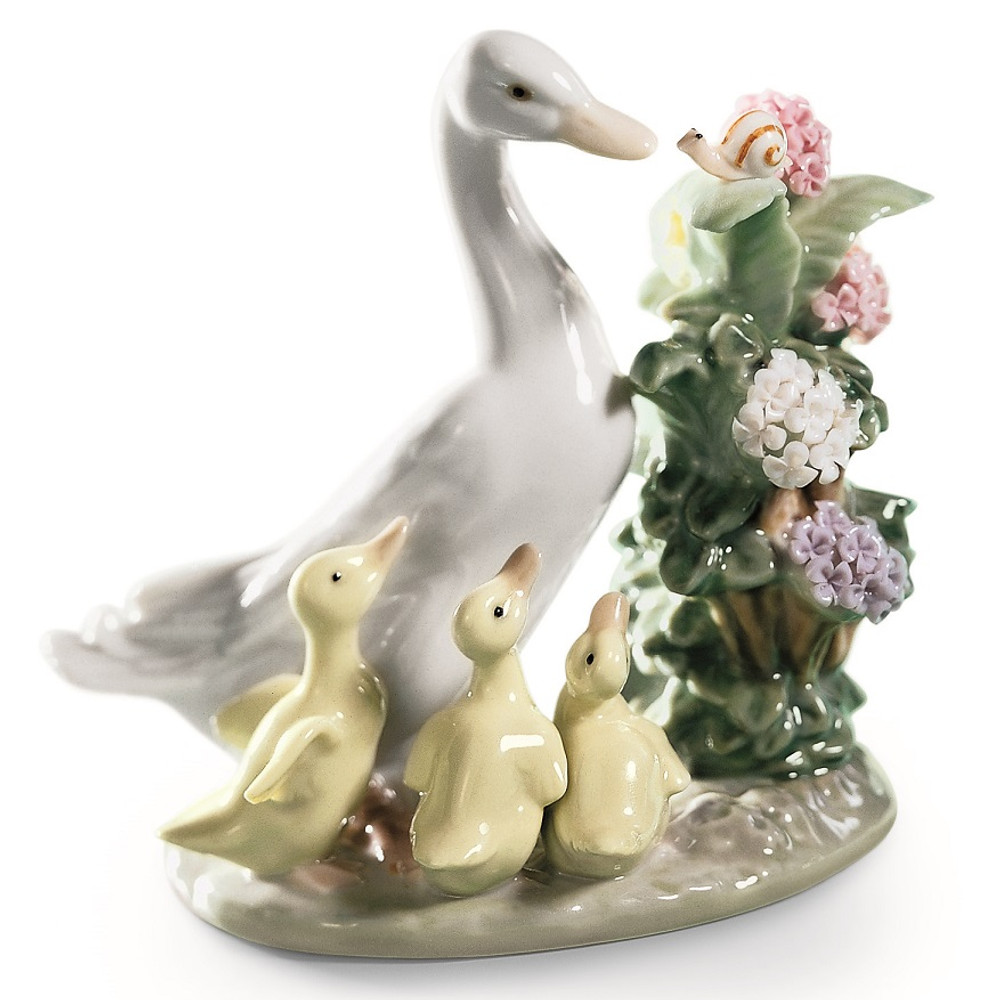 Duck Porcelain Figurine "How Do You Do?"

This Lladro Duck Porcelain Figurine entitled "How Do You Do" features a mother duck surrounded by three ducklings, all of which are greeting a snail that rests upon a hydrangea bush. Created by sculptor Juan Huerta, this handmade Spanish porcelain figurine boasts the world famous crystalline finish which sets it apart from other porcelain figurines.

View ALL of our DUCK GIFTS & DUCK PRODUCTS

Dog Porcelain Figurine "This Bouquet is for You"