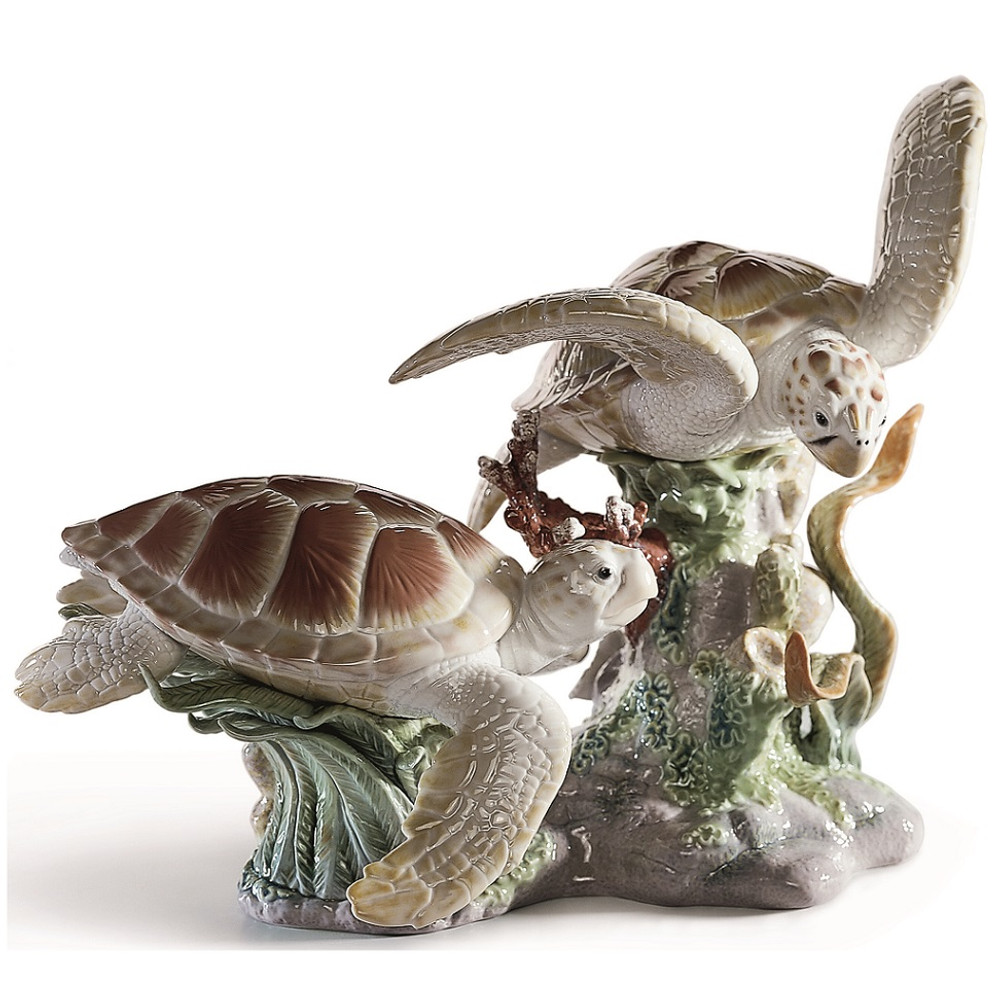 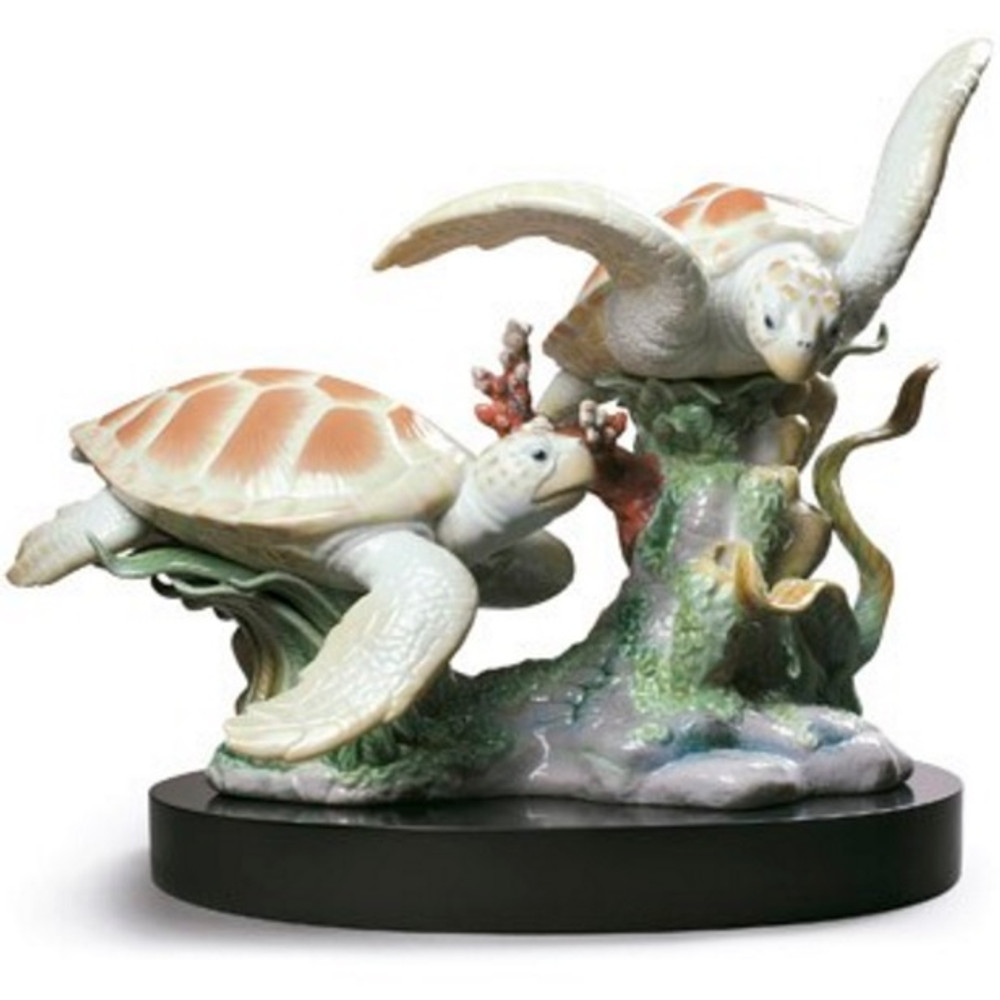 Our Lladro Sea Turtles Porcelain Figurine is created by sculptor José Santaeulalia and features two sea turtles gracefully gliding through the coral and seaweed.  This distinctive coastal heirloom piece is impressive in size and makes a great gift for the discerning.

View ALL of our TURTLE GIFTS & TURTLE PRODUCTS