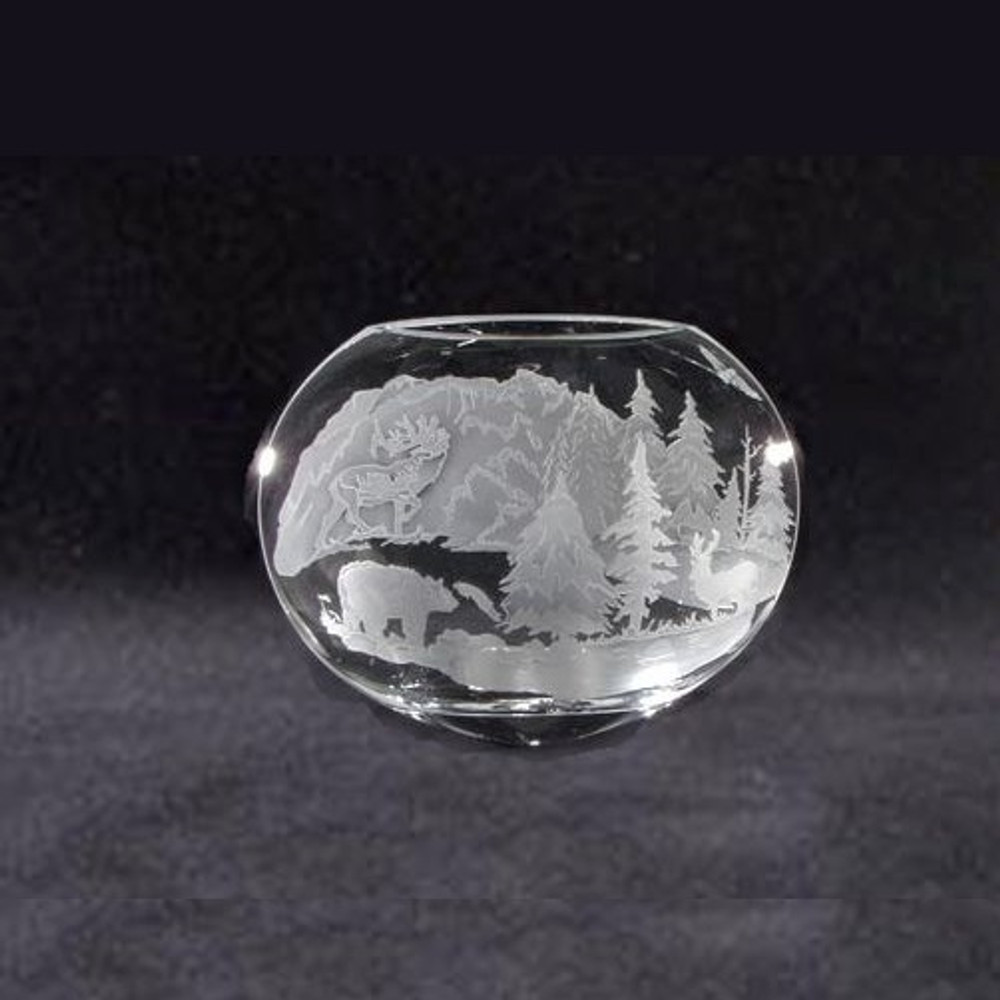 Evergreen Crystal
$200.00
Be the first to leave a review

This stunning Bear Elk Neo Oval limited edition vase is by Evergreen Crystal and master crystal carver and artist, Lorraine Coyle. The vase features a multi-layered, sand-carved design of a bear and elk in a forest of towering trees which is captured in intricate detail. Weight: Approximately 7 pounds.

View ALL of our BEAR GIFTS & BEAR PRODUCTS