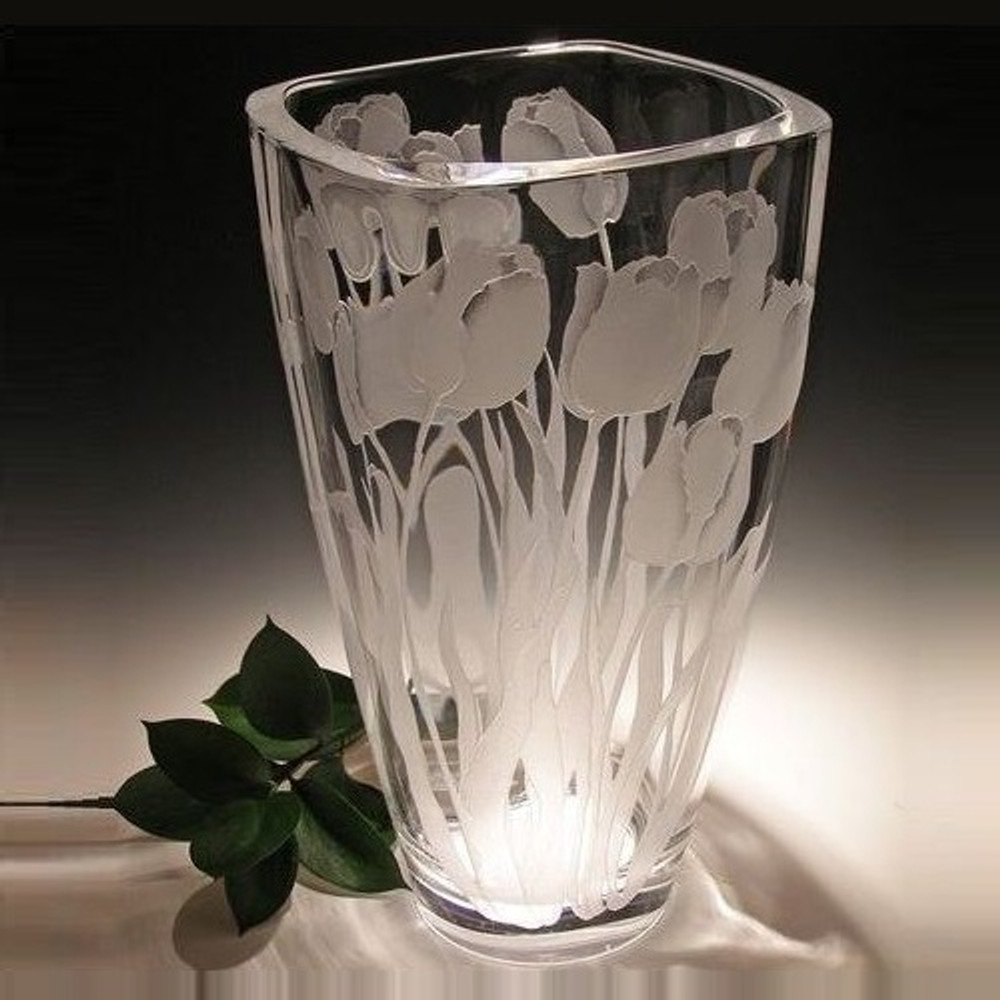 Our Tulip Squared Crystal Vase by Evergreen Crystal features an intricate sand carved tulip design created by artist and master carver Lorraine Coyle. Each piece begins with an artist's sketch and then is carefully etched using a multi-level deep carving process that results in a work of art to be treasured. This stunning Tulip Squared Crystal Vase is one you will be proud to use to display a fresh bouquet of your favorite flowers and is personally signed by the artist.

5 based on 1 review.
leave a review