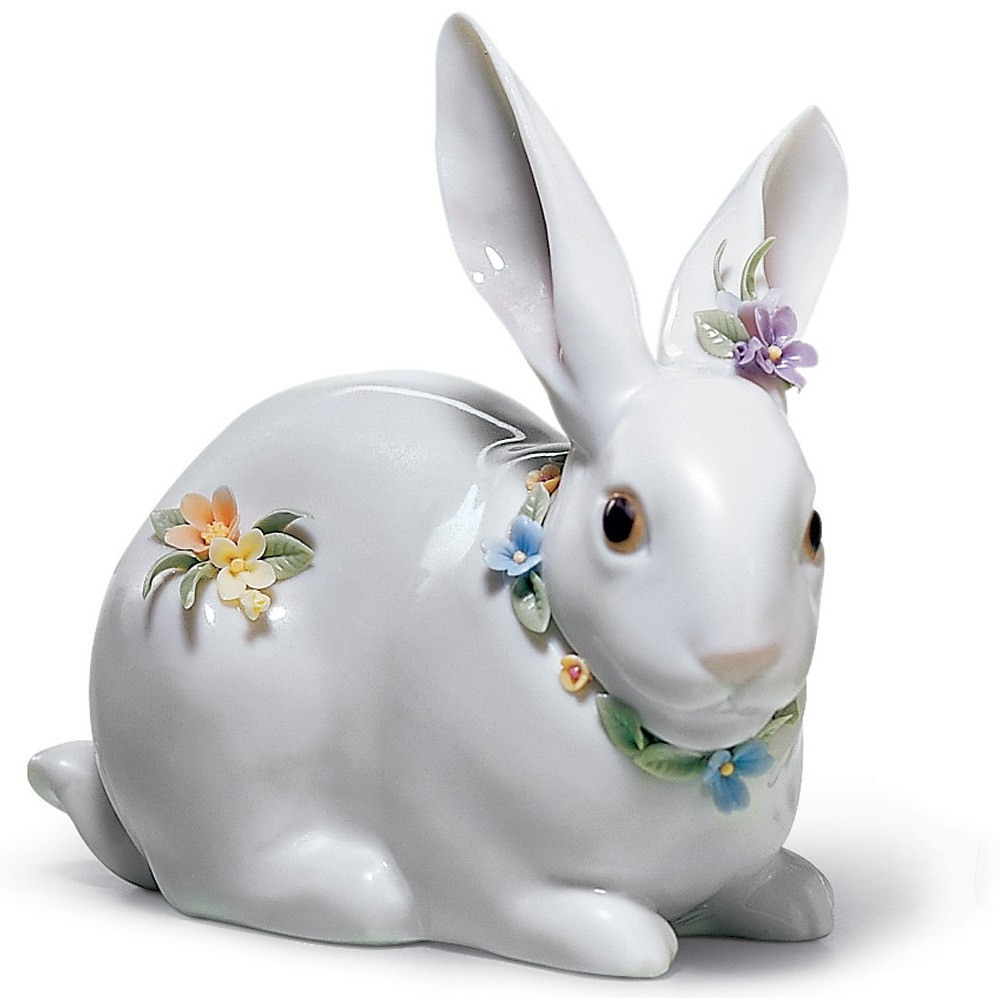 Who could resist the allure of this Attentive Bunny With Flowers Porcelain Figurine by Lladro? The bunny's piercing eyes and the stark white porcelain body that contrasts with an abundance of colorful springtime flowers all work together to create a charming keepsake that will be treasured for generations.

View ALL of our RABBIT GIFTS & BUNNY PRODUCTS