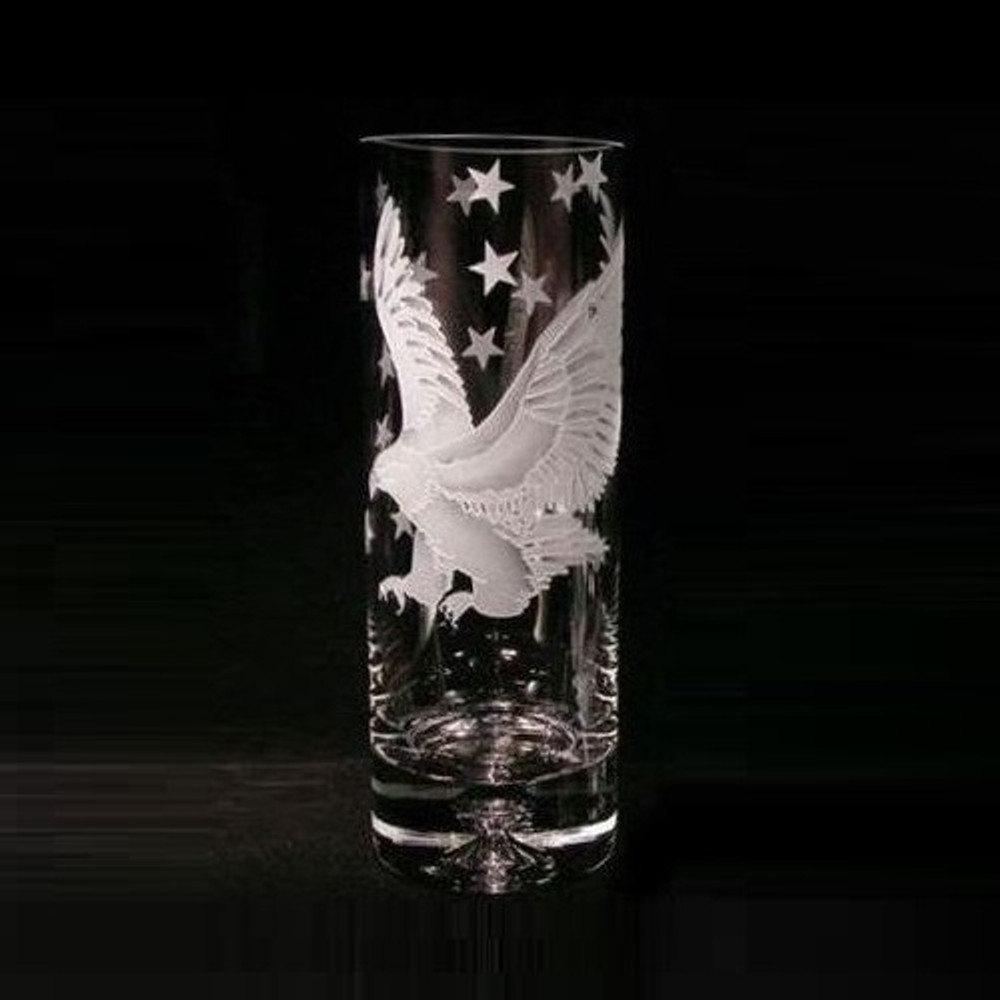 This patriotic Eagle Crystal Cylinder Vase from Evergreen Crystal is the perfect elegant accent for the person who supports the red, white and blue. The vase depicts a bald eagle with wings spread in front of the stars of the flag of the United States; the image was designed by master crystal carver and artist, Lorraine Coyle. The vase features a multi-layered, sand-carved eagle design which is intricately detailed. This makes a fantastic gift for a patriotic friend. Weight: Approximately 4 pounds.

View ALL of our EAGLE GIFTS & EAGLE PRODUCTS