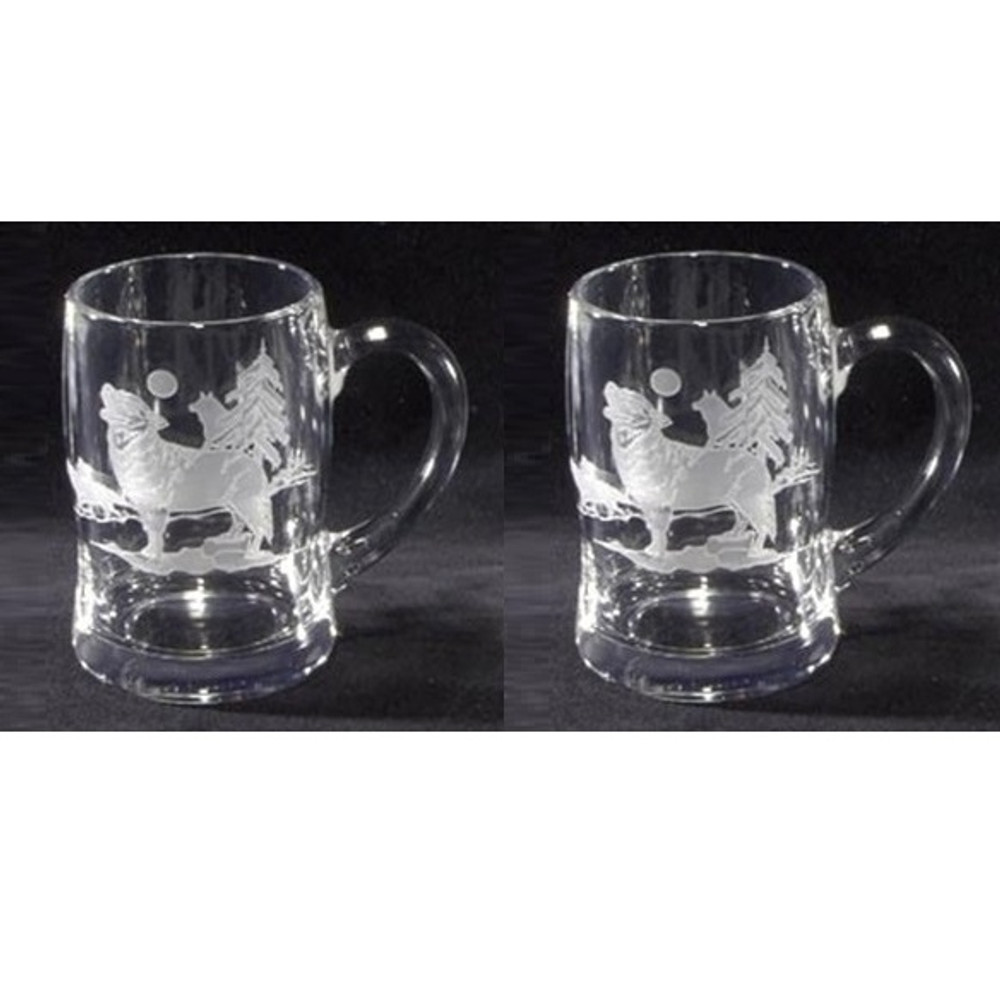 Evergreen Crystal
$55.95
Be the first to leave a review

Cool down with your favorite beverage from this captivating Wolf Crystal Beer Mug Set of two from Evergreen Crystal and master crystal carver and artist, Lorraine Coyle. The set features a multi-layered, sand-carved design of a pack of wolves howling and prowling beneath the midnight moon which is captured in intricate detail. These stunning crystal beer mugs will compliment any kitchen, bar or dining room area.

View ALL of our WOLF GIFTS & WOLF PRODUCTS