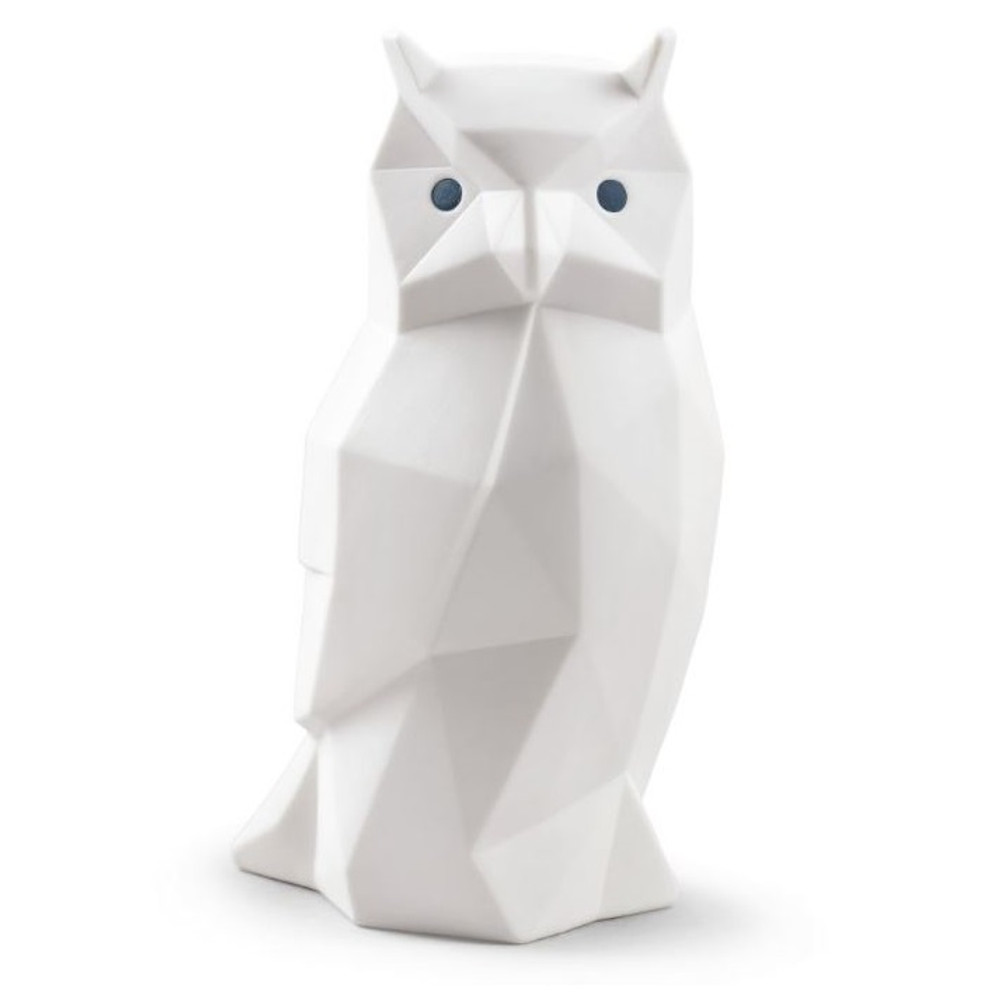 The Owl Matte White Origami Porcelain Figurine from Lladro, in Valencia, Spain, offers a surprisingly attractive modernistic porcelain look. A large team of craftsmen contribute to developing each Lladró sculpture, making each of them unique.

View ALL of our OWL GIFTS & OWL PRODUCTS