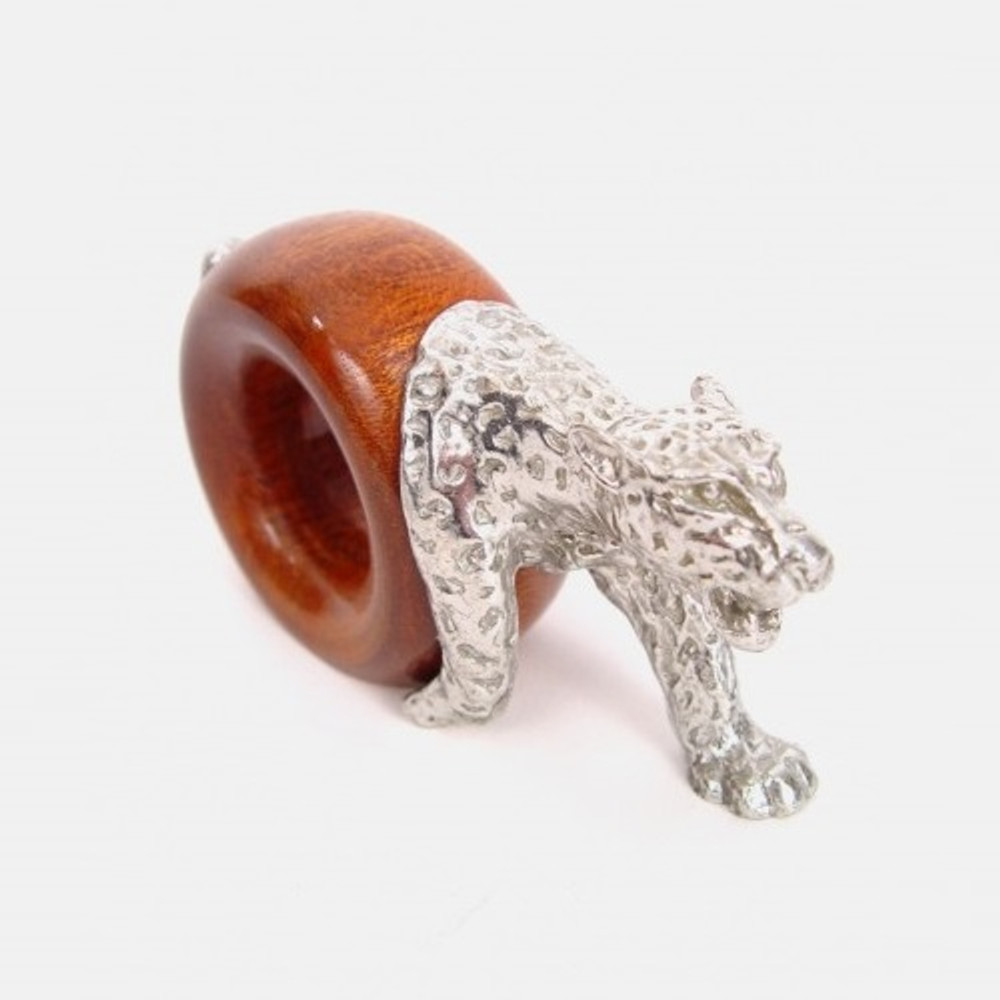 This intricately crafted Leopard Napkin Ring from the skilled craftsmen at the Makoulpa Jewelry Company in South Africa will add jungle authenticity to any table it graces. The artists at Makoulpa draw inspiration from their surroundings to create pieces that allow people to live with the beauty of African wildlife. The ring is constructed from the wood of the Mukwa tree and the leopard is cast in solid pewter. Blending form with function, the Leopard Napkin Ring is a fiercely unique table decoration. The Leopard Napkin Ring is one of 15 animal napkin rings which can be combined to form a custom set. The series has a Bulldog, Bear, Elephant, Zebra, Cheetah, Sable Antelope, Hippo, Elk, Kudu, Leopard, Lion, Warthog, Giraffe, Rhino, and Buffalo available.